It was a very wet day but the girls ran the muddy and slippery course well. Evie led the team home in a fantastic 6th place, closely followed by Poppy in 10th, Estelle finished in 33rd place and was again closely followed by Kara and Jess in 41st and 42nd respectively. Alice finished 47th, Olivia with a broken thumb finished 52nd and Emily in 60th. All the girls were very cold and sore when they finished and there were lots of tears!

The team results were announced and this time the girls had tears of joy when it was announced they had finished in 2nd place overall. All the girls were awarded medals for their amazing achievement. 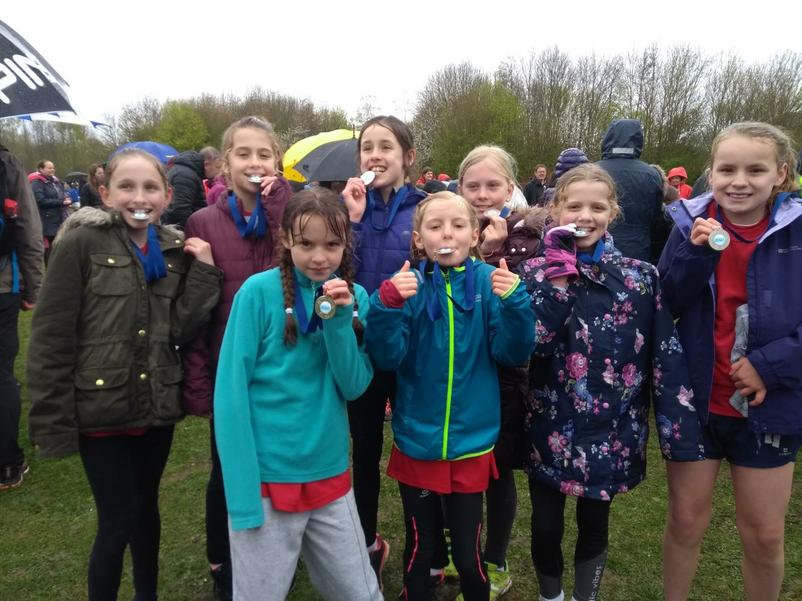 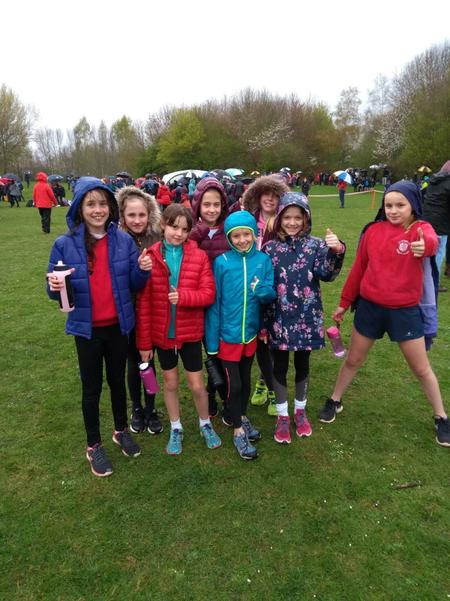