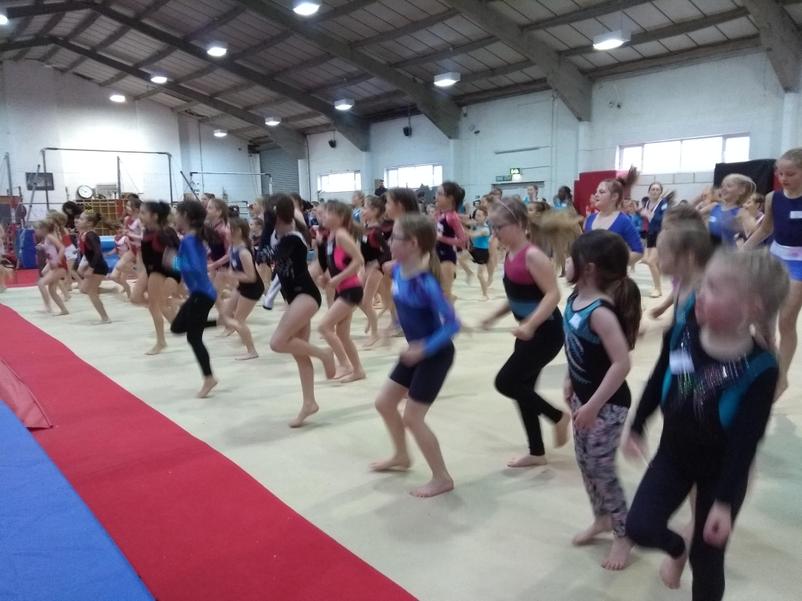 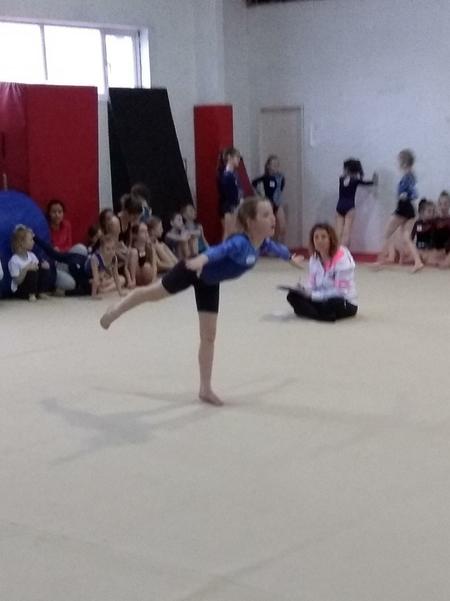 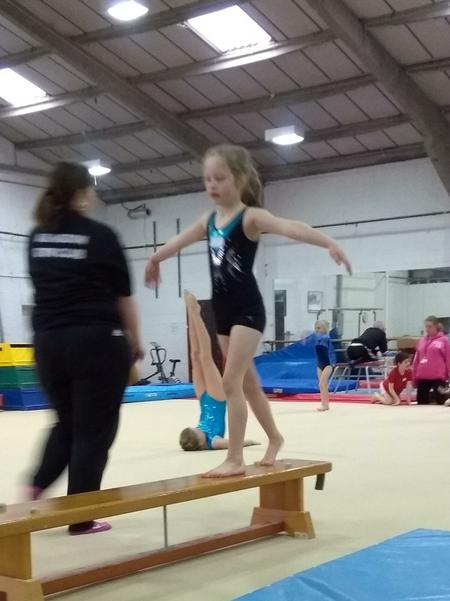 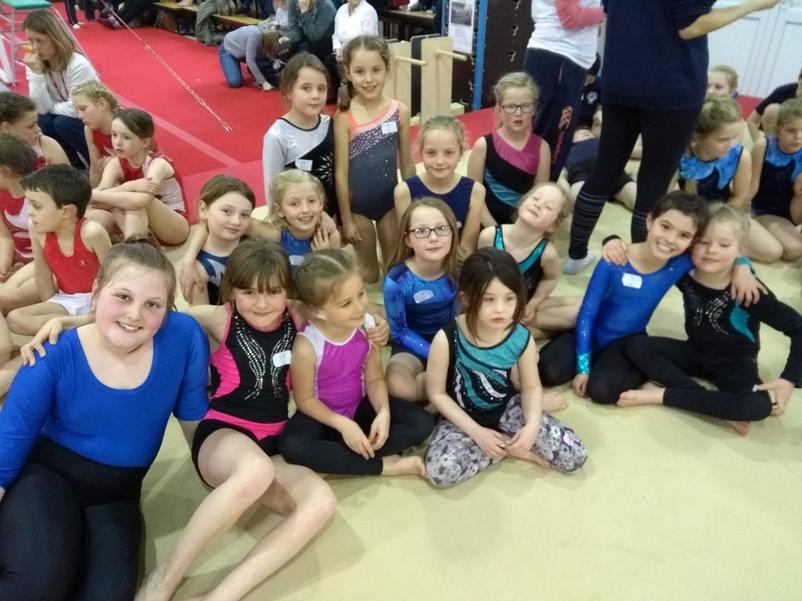 The Year 3 and 4 children took park the Key Step 2 challenges. In their floor routine they had to perform a series of balances and movements including a shoulder stand, forward roll to standing, front and back support, Arabesque, half turn, backward roll and a cartwheel. In their vaults they had to do a tuck jump and a stretch jump.

In the floor routine for Key Step 3 (Year 5 and 6 children) their routine started with a bridge or splits followed by a handstand to forward roll, Y balance, full turn, backward roll to a straddle, and finishing off with either 2 cartwheels or a round off. In their vault they could perform a stretch jump or a through vault.

All the children who took part had a fantastic afternoon and wowed the judges with their performances that they had practiced hard at home. 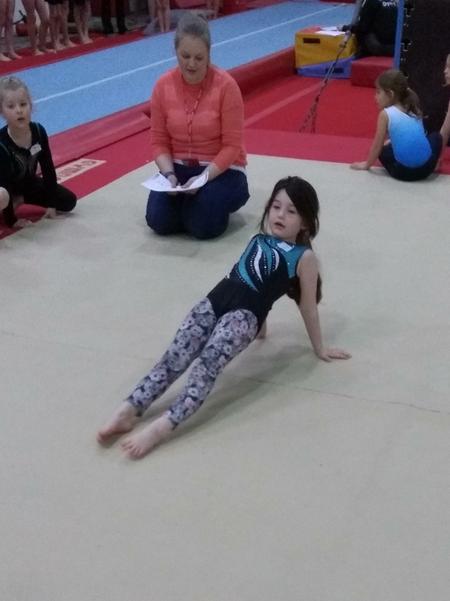 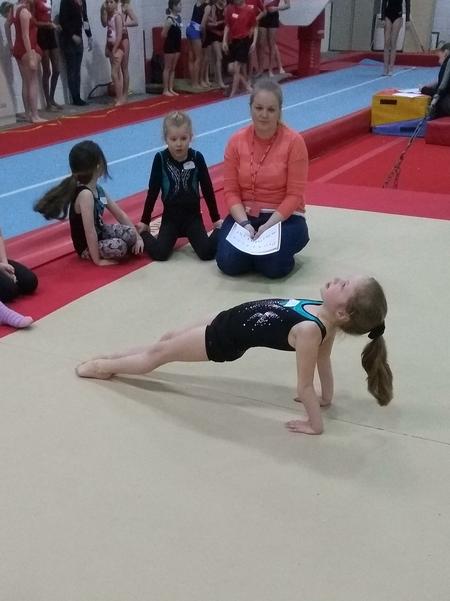 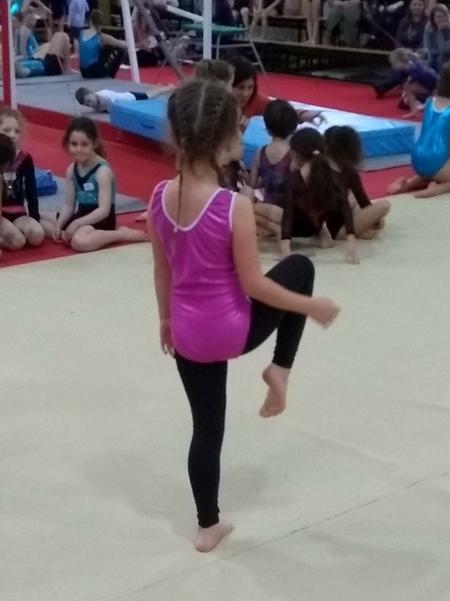 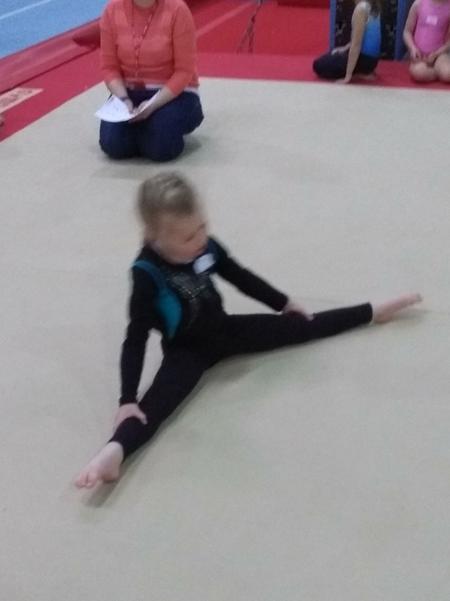 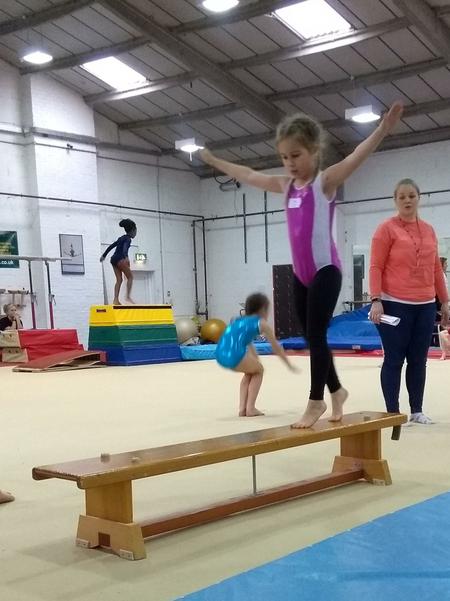 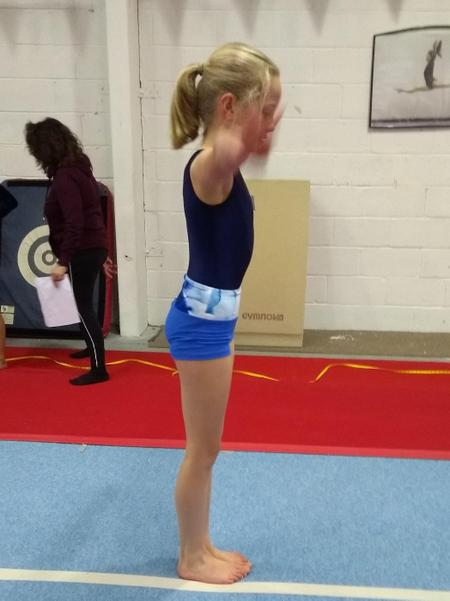 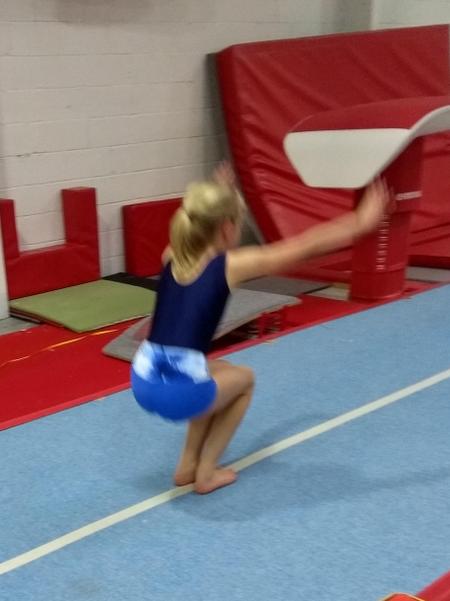 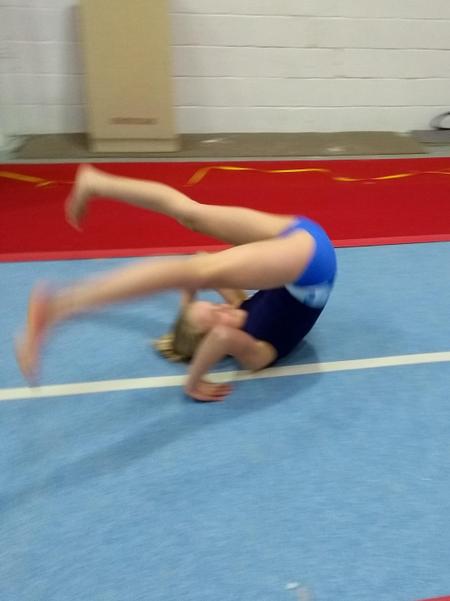 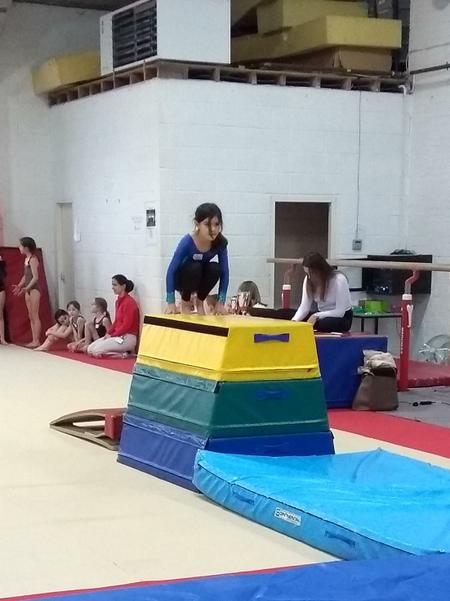 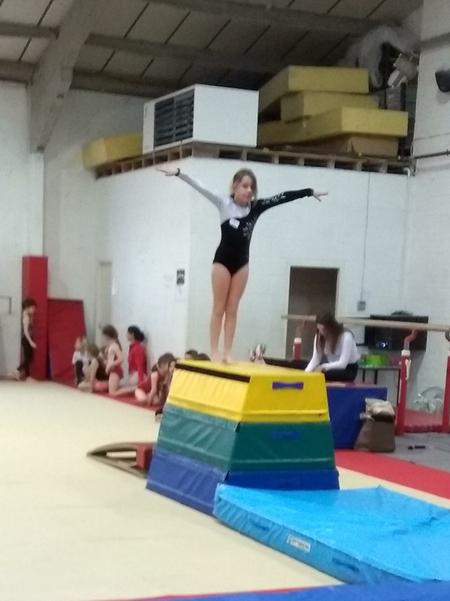 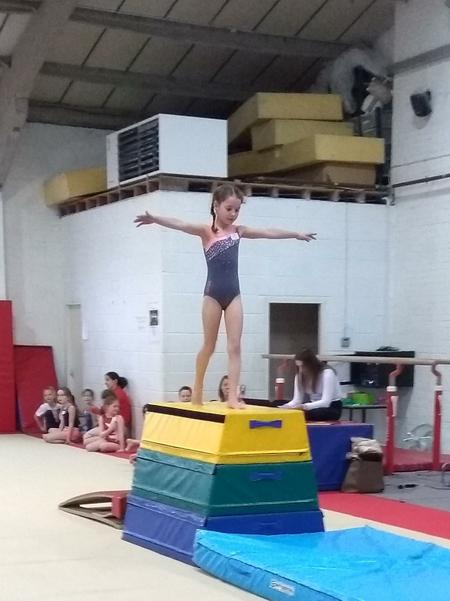 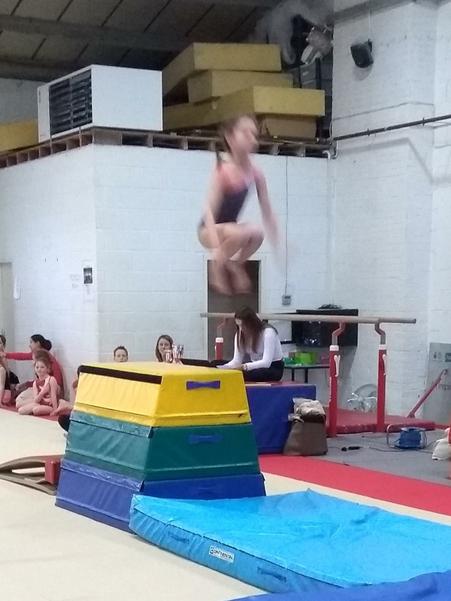