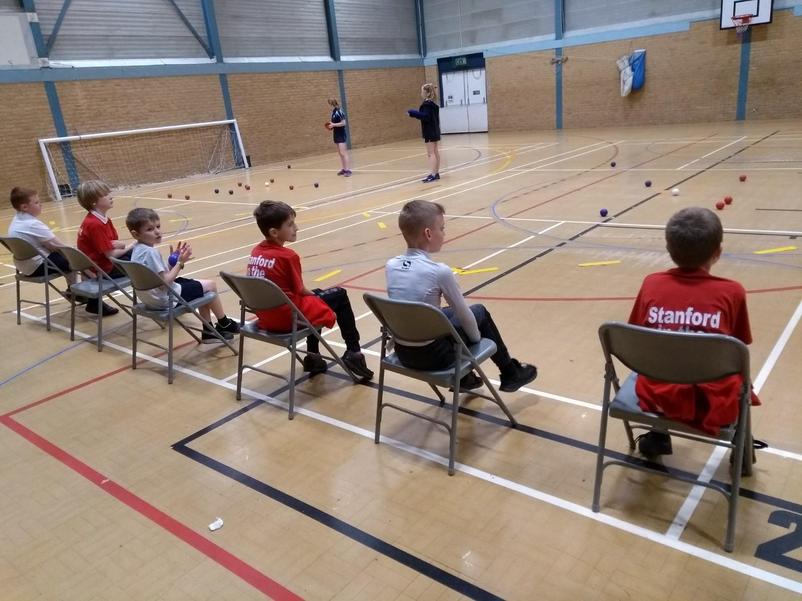 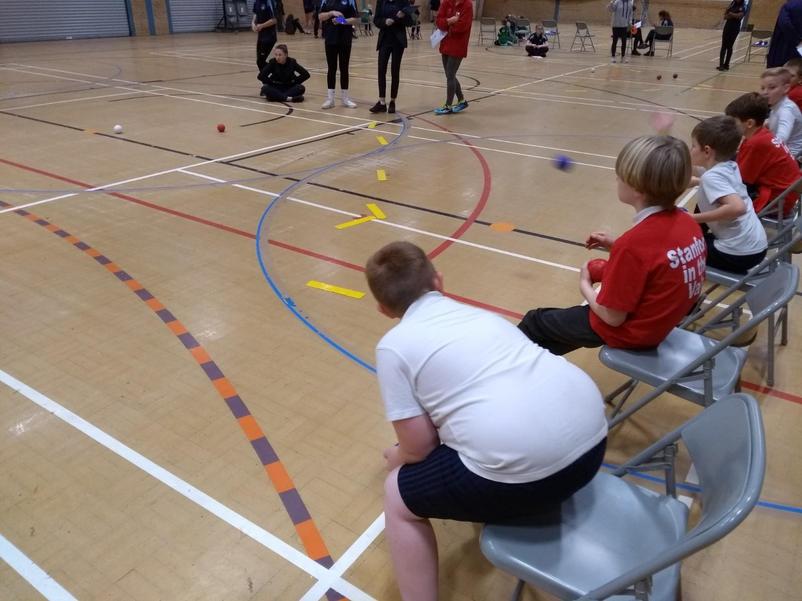 On Thursday 28th November 2019, the Boccia teams took part in the Vale round of the competition. Wantage had three teams take part.

Wantage A – Charlie, Andrew and Joe played against Shrivenham, Buckland, Thameside and St Nicolas in their league. They worked together well as a team, with Charlie showing some great leadership skills and encouragement to his team mates.

Wantage B – Reece, Shay and Coby had Caldecott, Thameside and West Oxford in their league. They worked together and showed great determination. The team drew their first match and then they went on to win their next two matches, one of these by a massive 11 points!

Wantage C – Erin, Riley and Kieron were against West Oxford, Thameside, Caldecott and Rush Common. Erin showed she was a great leader and offered advice to her team mates to improve. They won two of their matches, drew a match and lost one match during the afternoon.

The B team qualified for the semi-final and were drawn against Stanford, missing out on a place in the final by only one point.

We were incredibly proud of the children during the afternoon especially for showing superb sportsmanship and encouraging other children from other schools. Well done to everyone who took part.